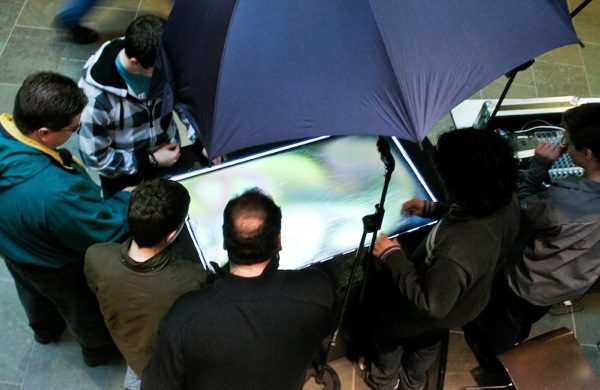 Tacchi works by the Laser Light Plane Illumination technique. More information can be found at the NUIGroup Wiki. Simply put: The lasers on top are ran through a line generator, turning them into a single plane of infrared light. By placing the plane just above the screen, your fingers interrupt it when you touch the screen. This lights up your fingers, which pass through the screen below, to the cameras. Since the cameras can only see infrared light, there is little interference from the backlight or other lights (But still some at all. Emergency floodlights tend to be problematic as well). Using simple and free software, we turn the camera feed into abstract TUIO coordinates, which can be passed to any application to use. 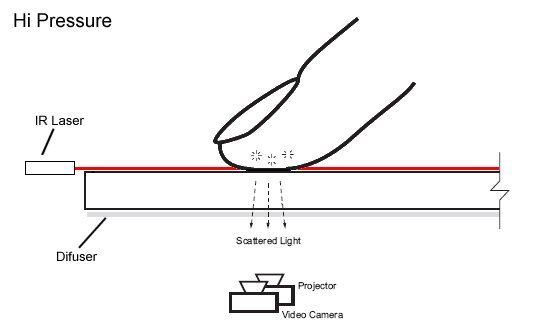 See it in action

Tacchi is constructed using the following:

A full length discussion on the details of construction can be found elsewhere, but a simple explanation is as follows:

Separate the TV from the case, and the backlight from the LCD panel (They are both VERY fragile) 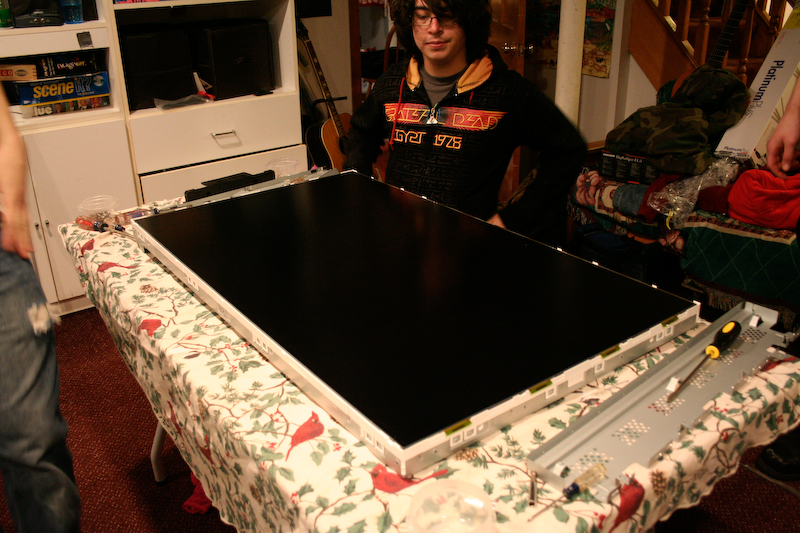 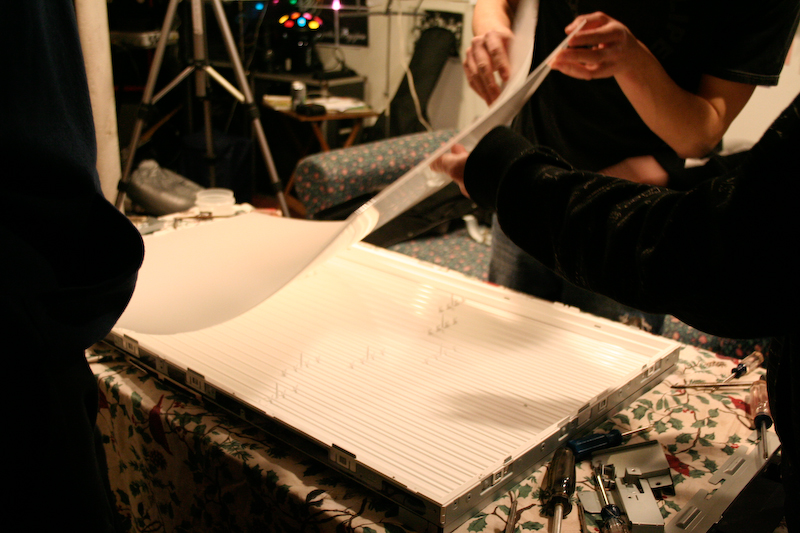 Remove the IR Blocker from the webcams, replacing them with IR-Pass filters

Assemble a box to put the LCD, backlight, lasers, and cameras 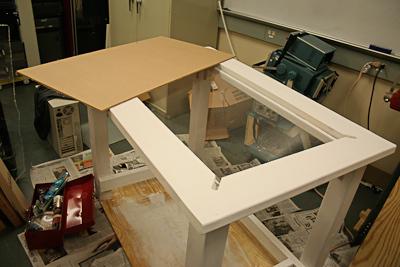 Place Plexiglass on top of table, then place LCD on top of that. Mount Television components somewhere convenient, and place backlight near the bottom of the case (but leaving room for the computer) 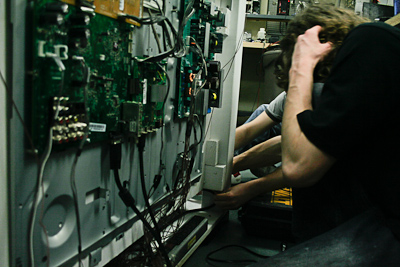 Place computer at the bottom of the case 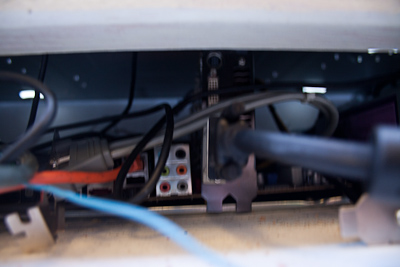 Place cameras on top of backlight 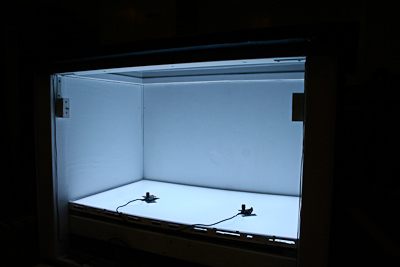 Mount lasers on top of the screen, just above the LCD 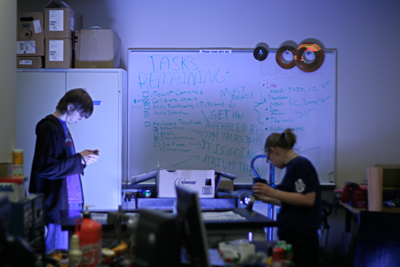 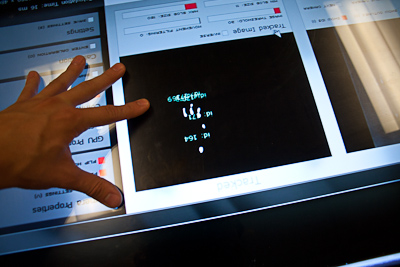 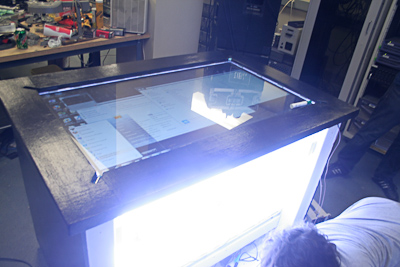 Write software on top of it! 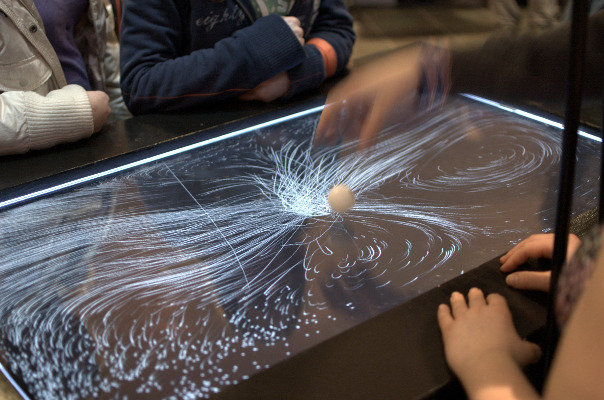